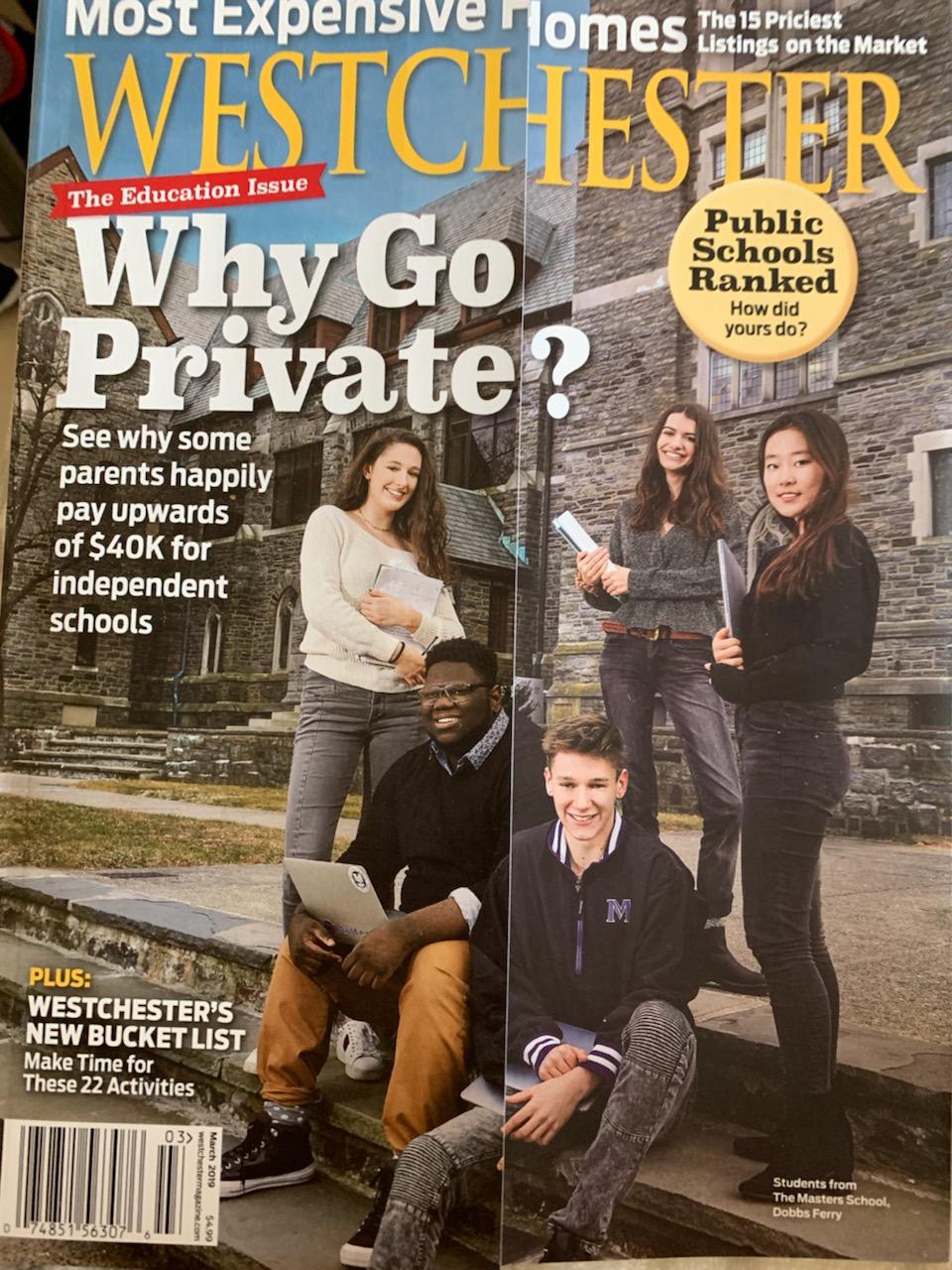 In the March 2019 issue of Westchester Magazine, the cover story was Why Send Your Child to Private School?  The article points out that one reason families move to Westchester County is the many stellar public-school districts. Yet, the "choice to trade public for private is one many parents are making."  In making this important decision, families consider a variety of educational factors.  Ursuline is proud to be featured with Rye Country Day, German International, Masters, Hackley, Soundview Prep, and Archbishop Stepinac.

The reporting on Ursuline is presented below.

"Ursuline built that into me, that I wanted to be something more."

Adora Fou's middle daughter, Madeleine, wanted to attend The Ursuline School, an all-girls' Catholic prep school in New Rochelle, for a specific reason: She loves the mythology-infused Percy Jackson books and wanted to study Greek. Harrison, where they live, has excellent public schools, but ancient languages are not on the curriculum (though Mandarin is). That request was just the start, says Madeleine's mom: "She's done the Model UN; she's doing a film in film club, and she's excelling in Greek."

The spirit of St. Angela Merici, who founded the Ursuline order of nuns devoted to teaching, lives on at The Ursuline School. "The Ursulines have always been in the forefront of encouraging girls to try new things," says school president Eileen Davidson. "Our students are encouraged to be bold, to be fearless, to live a purposeful life."

At Ursuline, trying new things includes everything from coding to robotics to computer science. Many of its graduates have gone on to engineering schools. The school's growth philosophy encourages girls to try new things without fear of failure. "Girls can be very hard on themselves," says Francesca LaGumina, the school's World Languages chair, who sent all four of her daughters to Ursuline. "The Growth Mindset says it's okay to make mistakes, something boys have already mastered." LaGumina believes the single-sex approach means "every decision and every program is designed based on the needs of young women."

Before going to Ursuline, senior Julia Durkin, a tennis player, "never dreamed of being the president of the school or taking computer science. As a woman, coding is so empowering. I might minor in it in college. Ursuline built that into me, that I wanted to be something more.

The 145 students in The Ursuline School's Class of 2018 earned more than $30.9 million in college merit scholarships."

The full cover story, with photos, may be read online here: