<Back to News
Thespians Present A Classic Comedy

The Ursuline School Drama Club proudly presented their fall drama, The Woman Who Came to Dinner on November 22 and 23, 2019. This comedy, based on the 1939 play The Man Who Came to Dinner, centers on a brash radio personality who is a rude house guest and tries to thwart a romance between her assistant and a local reporter, all while actresses visit from around the world.

The audience enjoyed the fine acting of the whole cast. Taryn Comizio gave a forceful performance as Sheri Whiteside, the illustrious and opinionated radio personality.  Alexis Pinto was sassy yet passionate as the faithful assistant Maggie Cutler. Alexa McRedmond shined as the glamorous actress Lorraine Sheldon and her lovely solo was a highlight. Courtney McAloon was delightful as Banjo. 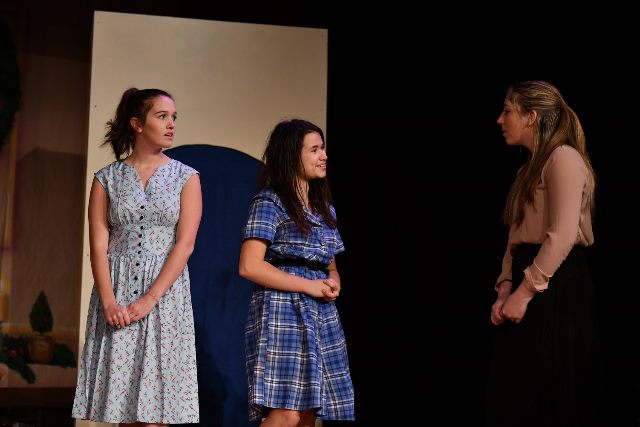 In our Ursuline drama tradition, we approach many styles and genres of plays over the years so that all students can experience a wide range of theatrical repertoire.   This three-act comedy is a classic and heavy with dialogue.   The thespians clearly had worked hard to embrace the language and references to the 1930s culture.  Each line was delivered with intent. Congratulations to the cast under the direction of Edie Anne Reidy and the stage crew.  Kudos also to the set designers and costume designers. Photos here are by Chris Pope of Pope Photography. 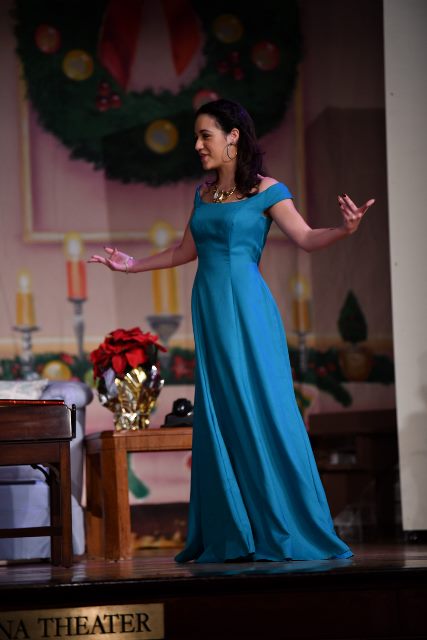 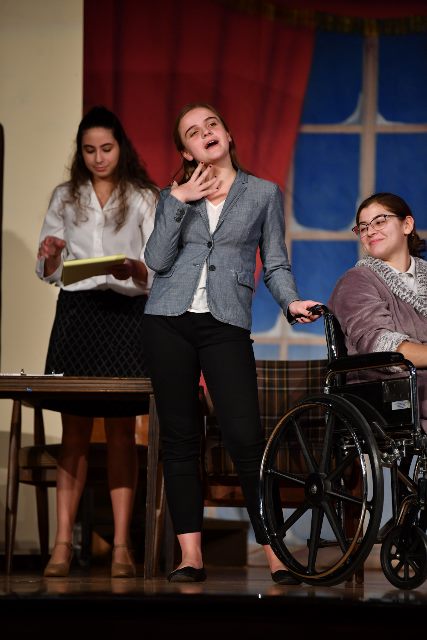