<Back to News
Public Speakers Hone Skills at our Forensics Tournament

This year was no different, as Ursuline hosted 125 participants from 15 schools plus coaches and judges on December 7, 2019. We were joined by former Ursuline faculty and forensics supporters Mr. Ken DeLuca and Mr. Mark Lipitz. In addition, it was an honor that one of the judges was Preet Bharara, former United States Attorney General for the Southern District of New York, pictured here with Principal Rosemary Beirne and members of our team.  Ursuline teacher Mr. Paul Grisanti joined long-time Ursuline Forensics Club faculty moderator Mr. Chris Bratt as they welcomed everyone and handled the logistics.

We congratulate all student participants and recognize their hours of practice with coaches as well as students’ willingness to receive pages of critiques from the judges. These young people learn to organize their thoughts concisely when they have a 10-minute limit for a speech.  Other times, they memorize poetry or prose, thereby honing their ability to speak without reading notes. Confidence builds as they deliver a dramatic or humorous interpretation of a play, or speak extemporaneously on an assigned newsworthy topic.

Ursuline’s Forensics Club is a competitive speech and debate activity, a member of the New York Catholic Forensic League (NYCFL), New York State Forensic League (NYSFL), and the National Speech and Debate Association (NSDA). We offer various categories for different levels of ability, from beginner to expert. In the coming months the speech and debate team will be competing in several more local tournaments. We also compete at college tournaments if student interest and commitment merit it.  And we're always looking for new members! 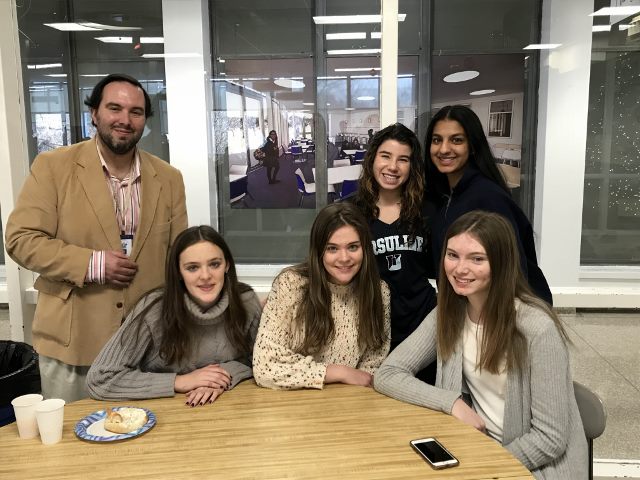