Our 2019 Christmas Concert on December 18, 2019 opened with the induction of 25 new members into our chapter of the Tri-M Music Honor Society. Tri-M selection is based on scholarship, character and service, along with a high level of proficiency in music. Congratulations to the newest members of this honorary organization.

The enthusiastic Middle School Choir opened the concert in the Tully Family Auditorium - Gymnasium with four challenging pieces which they sang in four different languages: English, French, Italian and a Nigerian carol titled Betelehemu that included a rhythmic chant against a lovely melody. 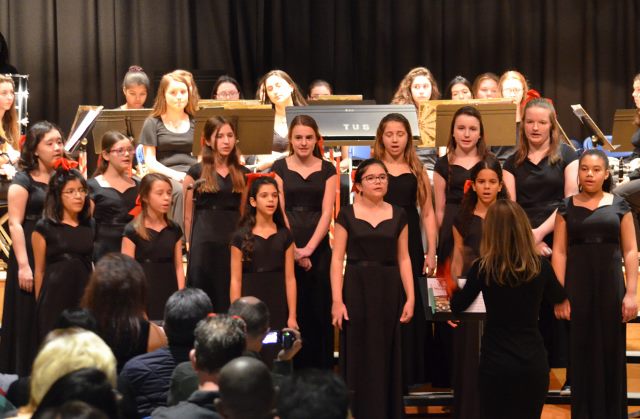 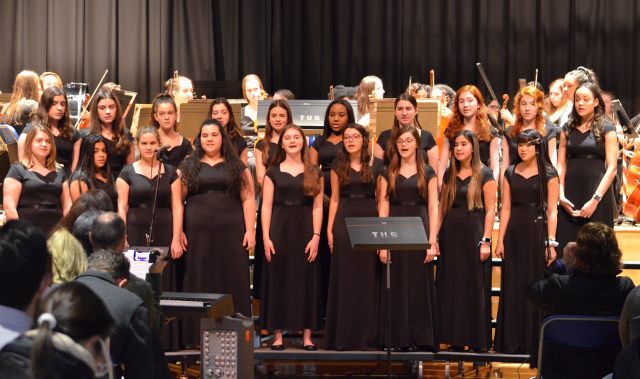 The wonderful Junior Choir enchanted the audience, especially with the contemporary arrangement of The Christmas Song.  The Honors Choir, as strong and melodious as always, performed a modern setting of the traditional chant Ubi Caritas; the girls sang in four-part harmony and the effect of the lush harmonies was quite breathtaking. They then sang in six different parts in the spiritual I'm Gonna Sing til the Spirit Moves in My Heart, a big challenge that came together very well. 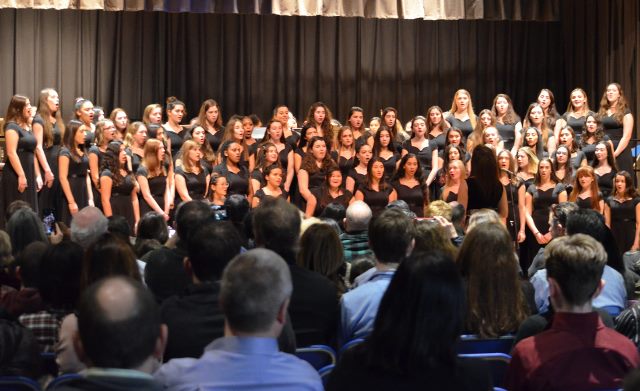 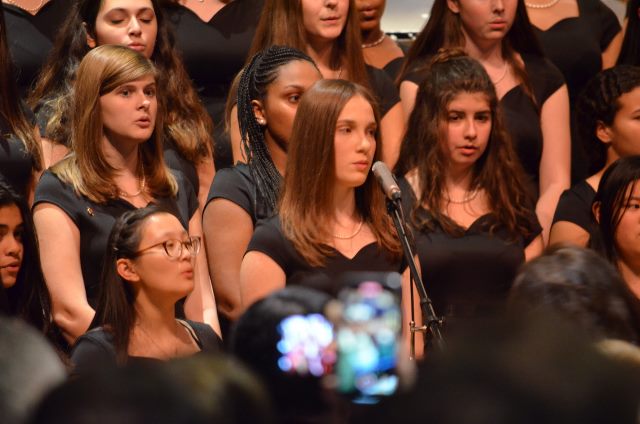 Our instrumental groups wowed the audience with gorgeous arrangements of traditional carols as well as surprising new musical selections. The Wind Ensemble played Scenes From An Ocean Voyage in a minor key; the percussionists evoked the sea, shark and whale very persuasively. Their rendition of Away In A Manger was unexpectedly and enjoyably played calypso style!

The excellent Orchestra treated the audience to a beautiful, flowing performance of French Christmas Carols.  Then, soloist Lily Desiderio played the opening notes of All Is Calm on her cello, leading the Symphony Orchestra in a beautiful performance of that piece.  Flutist Magdalena DiGiorno played exquisitely to close out the performance. They certainly earned their standing ovation. 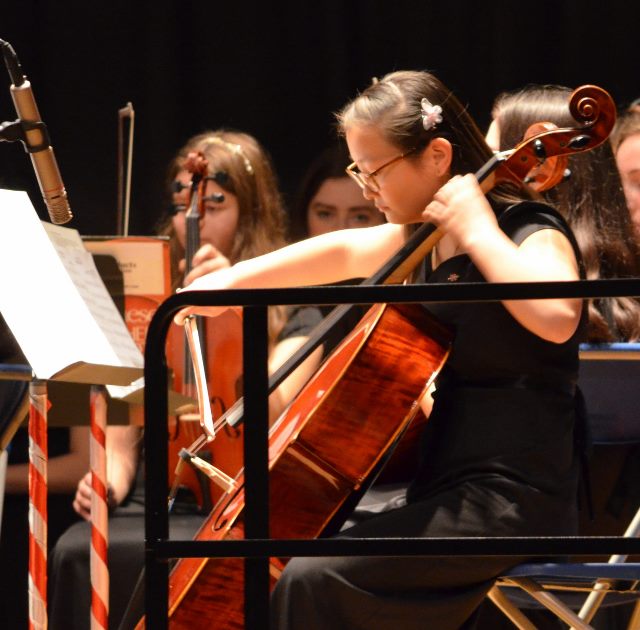 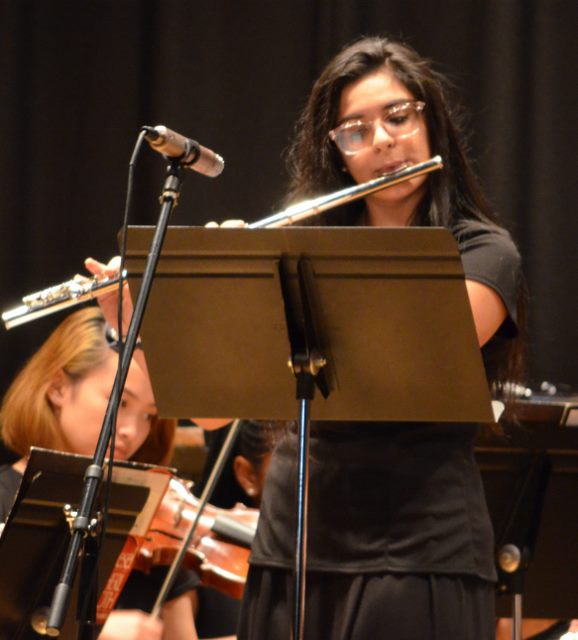 Congratulations to the Performing Arts Department for preparing such a joyous evening of music! Thank you to our Performing Arts faculty: Mrs. Rosemary Kennedy-Clarizio, Dr. Laurie Adamo, and Mr. Mark Collins.