<Back to News
Broadway Cabaret Benefits Sanctuary for Families

The student-produced 2nd Annual Broadway Cabaret took over The Frank J. Auriana Theater on January 31 and February 1, 2020 to the delight of the enthusiastic audiences! 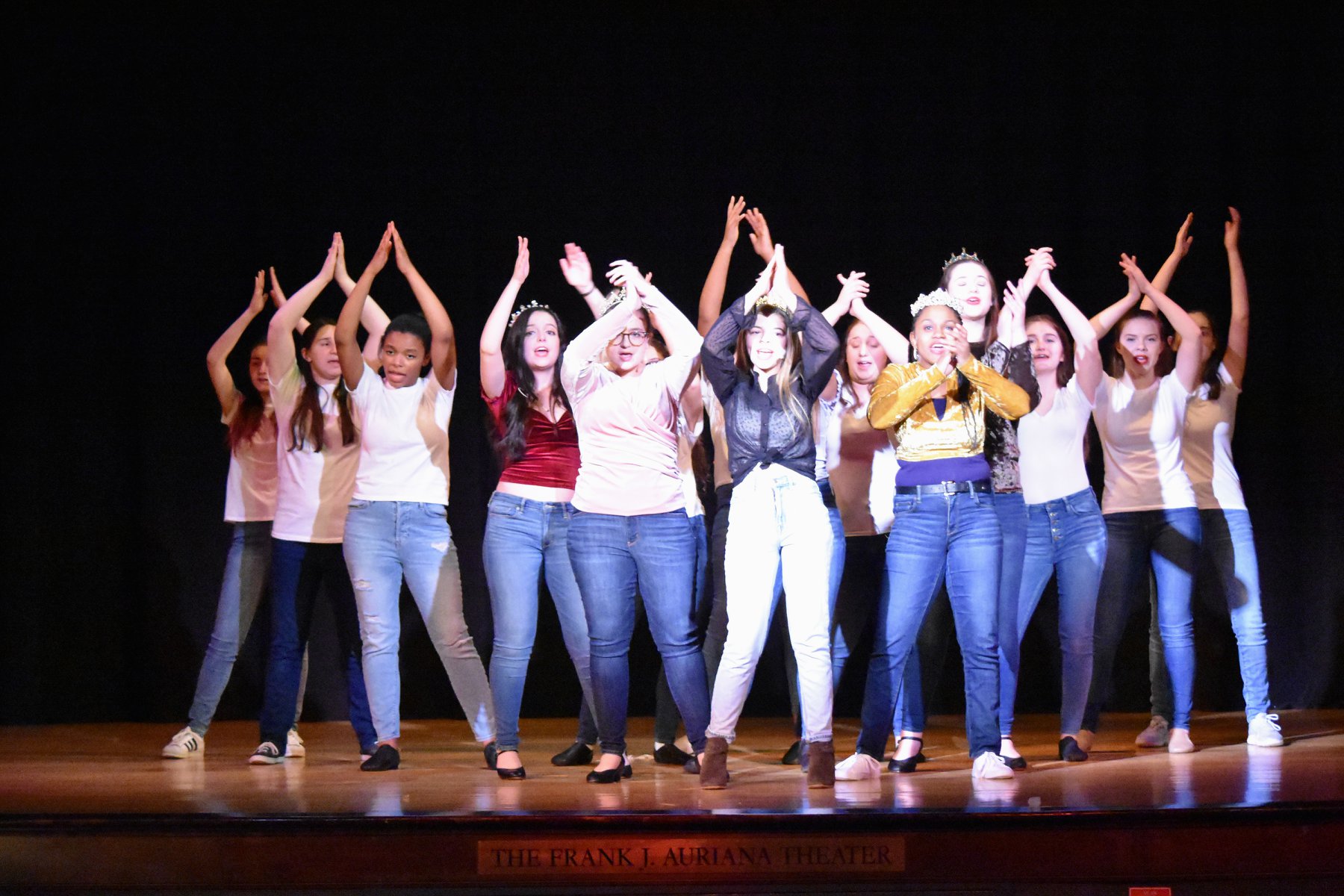 Violette Cadet ’20 was Lead Director and it was her vision that drove the production. Assisting her in several leadership roles were Ava Pallotta ’20- Staging, Olivia Cook ’22 - Music Director, Lola Milazzo ’22 - Assistant Vocal Director & Costumes, and Elizabeth Riccio ’22 - Choreographer.  The cast appreciated Violette’s leadership, how she gracefully created a big community and made everyone feel included.  They respected her ideas and had fun as they rehearsed diligently to stage a Broadway revue that gives back to the community; all proceeds went to benefit Sanctuary for Families, a non-profit that helps victims of domestic abuse and related forms of gender violence.

The selection of pieces reflected the focus on female roles and female perspectives. The order of pieces was thoughtful, alternating bigger musical numbers with solos. The simple staging and plain sets shone attention on the performers. Ursuline’s Honors Choir Director, Dr. Adamo, accompanied on piano.

The rousing opening number was Ex-Wives from the British pop musical Six. Each of the wives of King Henry VIII told their stories on their own terms as they sang, “Divorced. Beheaded. Died. Divorced. Beheaded. Survived.”  This high energy piece was followed by a lovely solo by Juliana Trombetta ‘20 singing Journey to the Past from the 1997 musical Anastasia. The lyrics recounted Anya searching for clues about her family. The next piece featured a group of Ursuline 7th graders in their Ursuline uniforms.  Emphasizing the double meaning of the word “revolting” as both disgusting and revolutionary, these young performers sang Revolting Children from the 2010 musical Matilda in which students take a stand against the evil headmistress.  The choreography was clever and age appropriate.

Dance was a wonderful complement to song in the piece Times are Hard for Dreamers from the 2017 musical Amelie. Lola Milazzo ’22 sang the solo of the courageous young woman who decides to explore Paris while Elizabeth Riccio ’22, in a bright red costume, danced a beautiful and effective counterpoint.

The duet We’re Not Done from the 2011 musical Bring It On was performed with a strong sense of emotion by Maya Zamor ’20 and Taryn Comizio ‘20. Set in the competitive world of cheerleading and team rivalries, one could sense the change in feelings as the two friends decided to reform their dance squad.

Violette next performed a solo as Beverly Bass, the first female captain for American Airlines who landed her plane in Gander, Newfoundland along with 37 other diverted aircraft on September 11, 2001.  Me and the Sky from the Canadian musical Come From Away was a wonderful vehicle for Violette’s strong singing voice.

The first half closed with You Will Be Found from the 2016 musical Dear Evan Hansen on the universal themes of loneliness and acceptance. The second half began with The Schuyler Sisters from the popular 2015 musical Hamilton. Jenna Cain ’23, Kira Schaefer ’21, and Madeleine Cockburn ’25 were delightfully defiant and displayed excellent chemistry as they paraded around 1770s Manhattan while Alyssa McKeithan ’22 intervened in the role of Aaron Burr.  Ava Pallotta ’20 performed the Alyssa Greene solo from the 2018 show The Prom.  Her voice was beautiful and she was very convincing as a teen girl struggling to be who she really is, not who people want her to be. 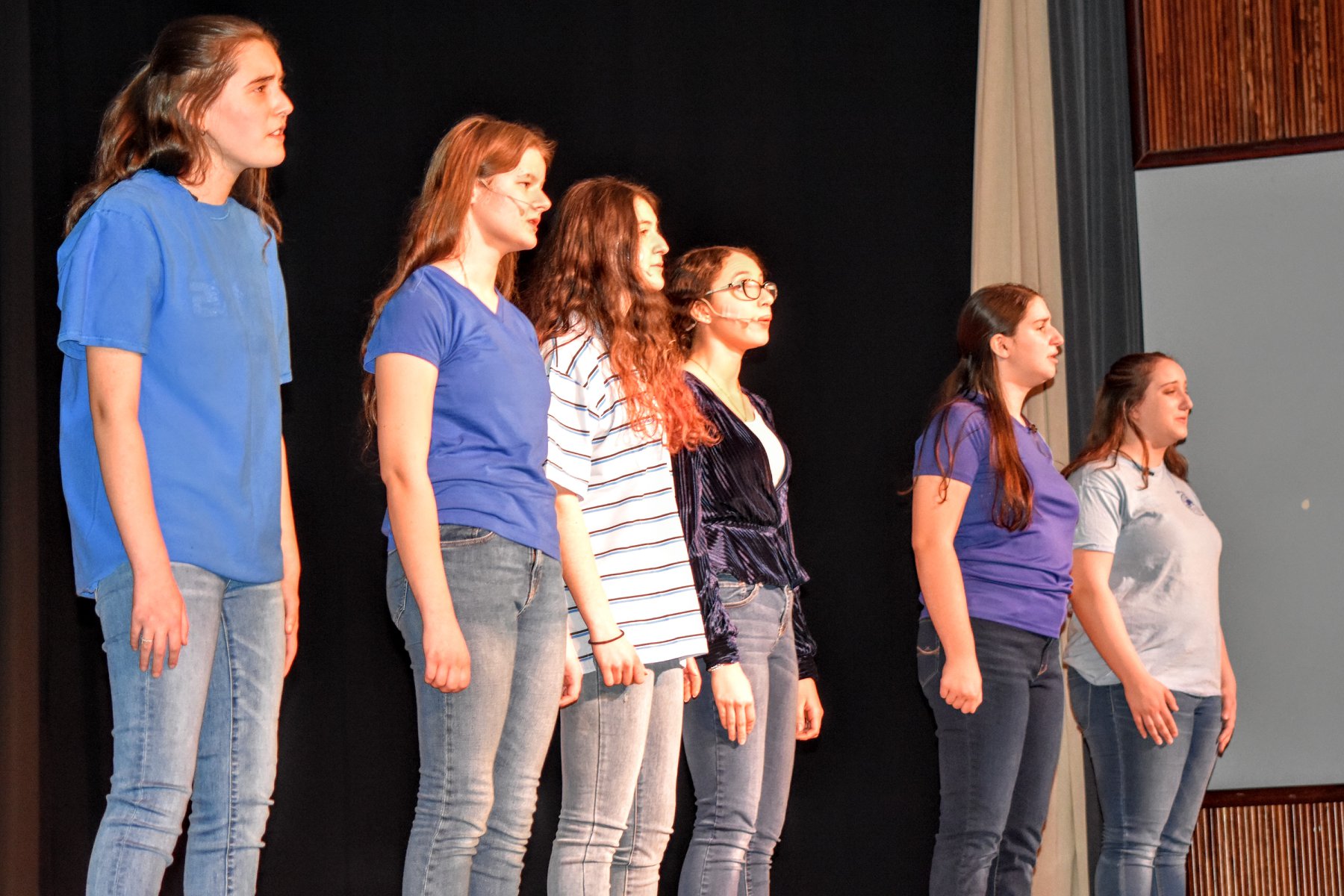 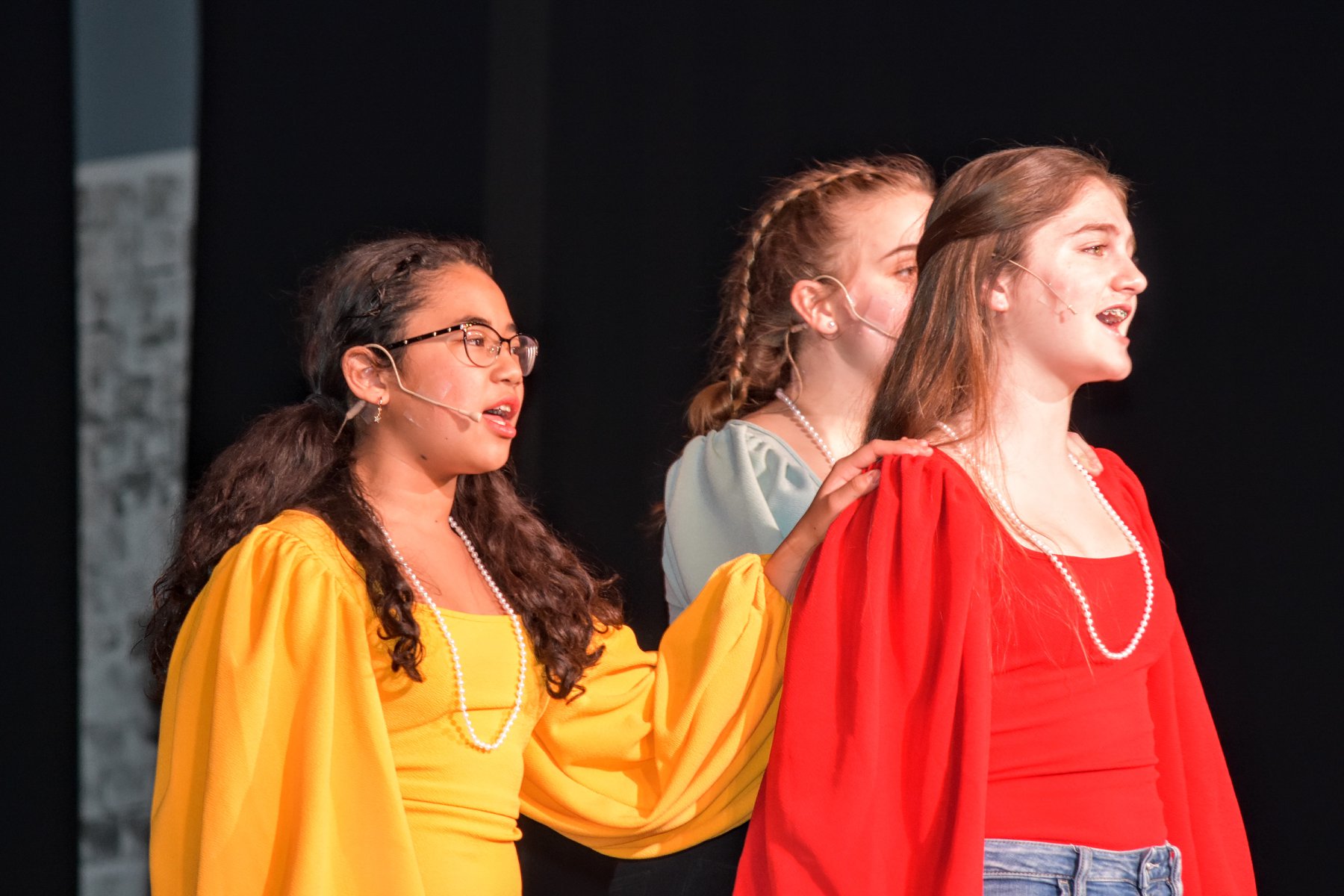 This revue was titled a “Cabaret” so it was natural that a great dance number was included!  The 1948 Cole Porter musical Kiss Me, Kate was an excellent choice to showcase the strong technique, synchronization, and high energy of dancers Victoria Keenan ‘22, Elizabeth Riccio ‘22, and Kira Schaefer ’21.  That number was followed by a well-nuanced solo by Taryn Comizio ‘20 in Holding to the Ground from the 1990 show Falsettos. Violette and Jenna Chiarella '20 then performed For Good from the 2003 musical Wicked. It was a moving number as they sang of the unlikely empathy between two witches in the Land of Oz. Next up was the iconic ballad Home from the 1975 musical The Wiz.  Olivia Cook ’21 demonstrated wonderful vocal range as Dorothy thinking about what she has gained, lost and learned.

The closing number was again from Hamilton. The seniors in the production performed One Last Time, a fitting choice as the theme is the importance of knowing how to say "goodbye." 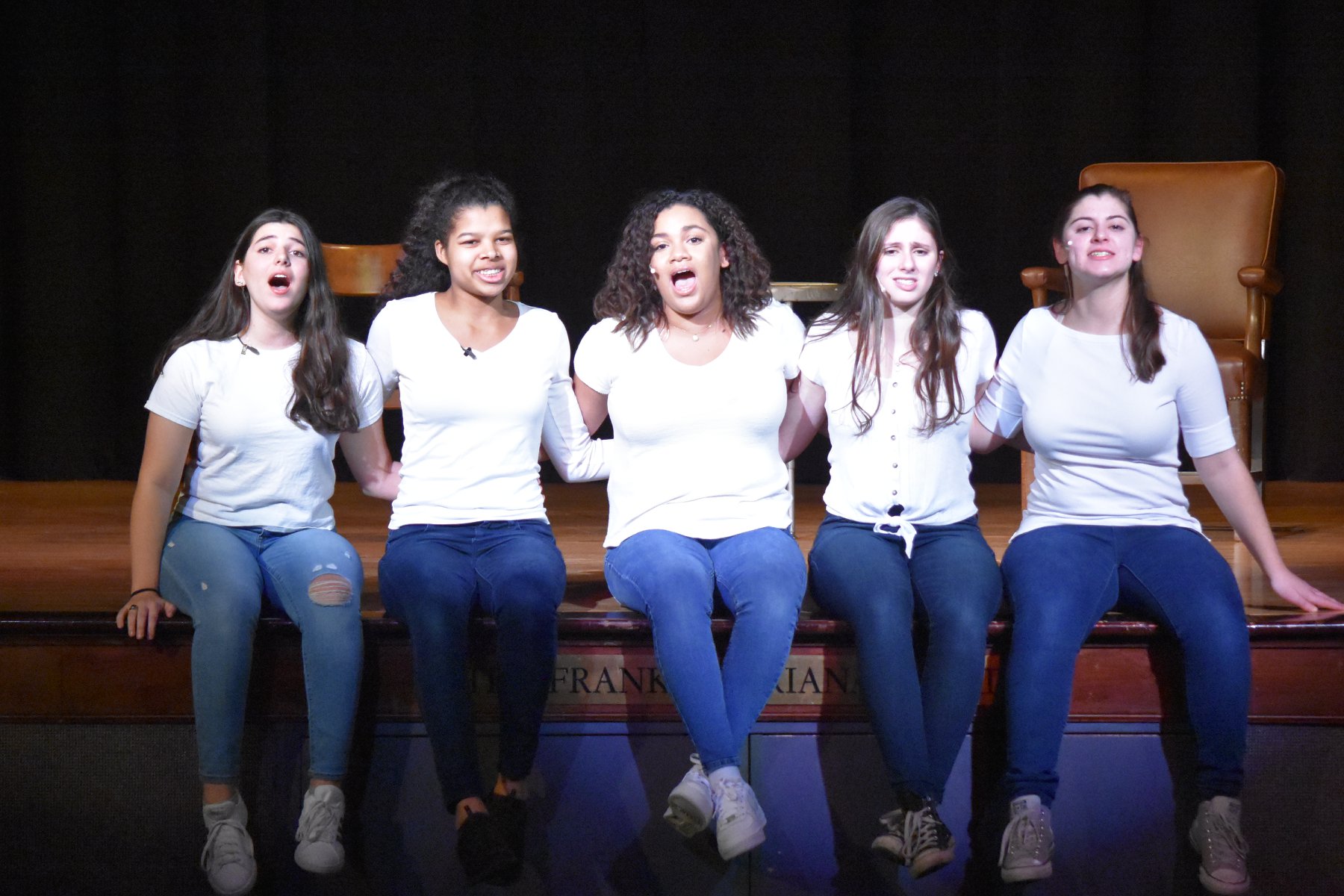