<Back to News
Jeanette Gisbert '94 Selected as Executive Director of Volunteer New York!

We congratulate Jeanette Gisbert, MPA who has been named the new Executive Director of Volunteer New York! effective July 6, 2020.

Ms. Gisbert has been serving as Volunteer New York!'s Deputy Executive Director and currently is an Executive Fellow for Capacity Building and Affiliate Network with Points of Light global network, a ten-month fellowship program. She will return to Volunteer New York! at the end of June 2020. Volunteer New York! mobilizes over 26,000 volunteers annually and serves more than 500 nonprofits in three New York counties.

Jeanette Gisbert is a 1994 graduate of The Ursuline School.Â  She stated, "I'm so grateful for the opportunity to be able to make a difference in the community that I was born and raised in. At Ursuline, I was introduced to the Serviam mission and throughout my career I've had the privilege of seeing the magic that happens when people get off the sidelines and engage in community. We are so lucky to have an organization like Volunteer New York! in our community. I'm looking forward to continuing to elevate its work so that everyone knows how to connect to a community need." 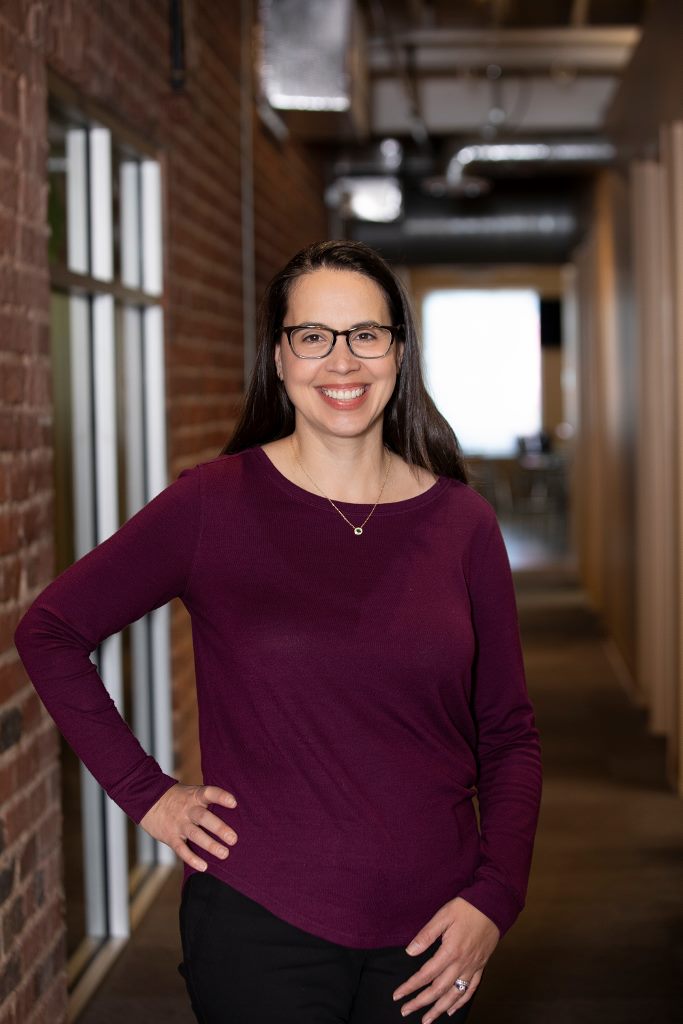 "Gisbert, a first-generation Cuban-American, is a resident of Cortlandt Manor, New York, with over 20 years' experience in the nonprofit sector. She was born and raised in Westchester County less than 5 miles from the where Volunteer New York!'s main office is located in Tarrytown and is a proud alumna of The Ursuline School in New Rochelle. Gisbert is an engaged community member: graduate of Leadership Westchester (2009), selected as a Rising Star by the Business Council of Westchester (2012), and honored for her community leadership by the Westchester Hispanic Chamber of Commerce (2016). Gisbert is a member of Impact100 Westchester and active with the PTA at Lincoln Titus Elementary School and for Boy Scouts Pack 144.

In her early career as an accountant for KPMG in Boston, Gisbert was attracted to the nonprofit sector "because I wanted to make a contribution to the world."Â  She joined AmeriCorps VISTA in 1999. "AmeriCorps validated my desire to have a career in the nonprofit community. It solidified for me the power of volunteerism and the magic that happens when individuals say yes to volunteering and the connections and relationships that develop."

Gisbert earned a Bachelor of Science degree from the Wallace E. Carroll School of Management, Boston College; and a Masters degree in Public Administration from the School of Public Affairs, Baruch College.

Valerie Mason Cunningham, Chair of Volunteer New York! said that the board, with [the input of current Executive Director Alisa H. Kesten,] has been preparing for the leadership change for over two years. "Members created a detailed action plan and conducted a strategic search for the best candidate, and know they've made the right decision," she said. "We are very excited and confident that Jeanette will take us to the next level as we continue to thrive and grow. Her stellar record, competence, and belief in the power of volunteerism are tremendous assets. And her passion to help build a better future for all is absolutely contagious. Jeanette has been instrumental in helping to transform this remarkable organization."

Gisbert assumed the role of Deputy Executive Director at Volunteer New York! in 2015 after having served for the five previous years as its Senior Director of Volunteer and Corporate Engagement. She joined Volunteer New York! in 2010 after a seven-year stint at New York Cares, New York City's largest volunteer connector organization, where she served as that organization's first Director of Volunteer Relations and was responsible for the recruitment and management of thousands of volunteers and hundreds of volunteer leaders.

Natalye Paquin, Points of Light CEO and President commented that "Jeanette's leadership as an executive fellow at Points of Light has made our enterprise stronger while helping us develop a deeper connection with our Global Network. She set the bar high as our first executive fellow and we are so glad she will remain connected with us as she brings her talents back to the Volunteer New York! Family."

This year, Volunteer New York! will celebrate its 70th anniversary (1950-2020) with a series of extraordinary initiatives, while it continues to produce the highly regarded programs and new and expanded events for which the organization is well known.

Volunteer New York!'s core mission is to inspire, mobilize, and equip individuals and groups to take positive action to address pressing challenges, support nonprofits and strengthen the quality of life throughout Westchester, Rockland and Putnam. The organization encourages adults to serve, youth to build character, families to bond, young professionals to lead, mature adults to share their wisdom, and businesses to support our community. In 2019, Volunteer New York! inspired more thanÂ 26,000 volunteersÂ who helped contribute over 275,000 hours of serviceÂ to 500 local nonprofits at a value of over $8.7Â million to the community."