Home >
Admissions > Spotlight
<Back to News
Courage to Debate

On the afternoon of Friday, September 14, 2018, a group of middle school students stepped forward to try their hand at creating lasting solutions to world problems.

The 21 students became delegates at the Model United Nations middle school simulation conference organized and led by our high school Model United Nations club. The 6th, 7th, and 8th graders took the opportunity to learn about the United Nations, try what it's like to be a UN delegate, and find out how parliamentary procedure works. A few of them had participated in Model UN last year and appreciated the chance to practice their skills.  However, most of the group was approaching unfamiliar territory.

The middle schoolers chose one of two committees: The Lorax or The Security Council.  The Lorax committee addressed the environmental conflict described in this Dr. Seuss renowned classic. These delegates debated the importance of trees, the impact of capitalism, and how to deal with eco-terrorists. The Security Council convened to settle the North Korean Missile Crisis. This committee debated denuclearization, the global standings of allies, and crafting a solution that appealed to every nation involved.

Each delegate was given a background guide and a name placard representing either a character from The Lorax or a country. Each delegate was told, "Whenever you want to do something in Model UN, you have to motion for it."

Each new delegate's expression changed over the course of just a few hours from puzzlement and hesitation to determination and decisiveness.  By the end of the conference, every single new delegate had repeatedly stood up and spoken, proposing a motion or explaining a position. 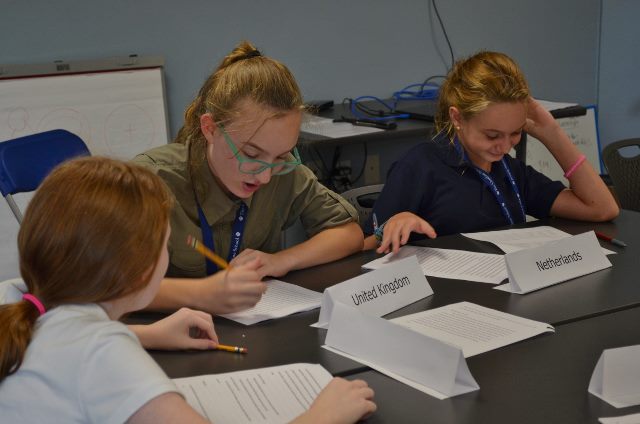 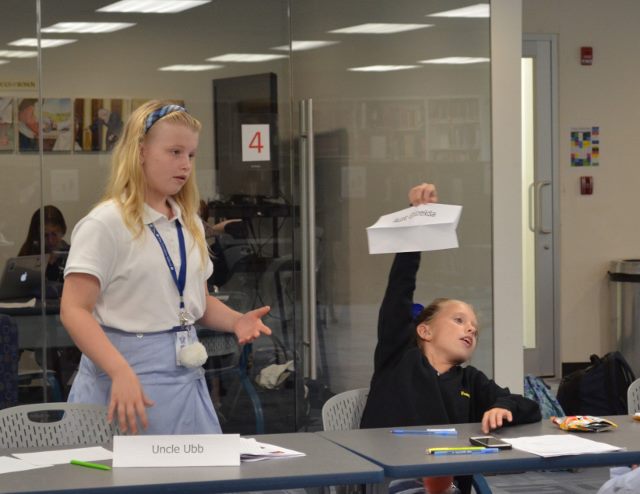 In Model UN, it is customary to acknowledge outstanding performances by designating specific honors.  At this simulation conference, the following middle school students were recognized for achievement in debate, leadership and effort to compromise:

One reason for organizing this simulation conference was to create the occasion for our high school Model UN club members to practice leading committees.  They are preparing to host for the first time a Model UN Middle School Conference at Ursuline on November 17.  The theme of the November conference is Division and Reconciliation.  It is made possible by a grant that The Ursuline School was awarded by the Louise Este Bruce Foundation. 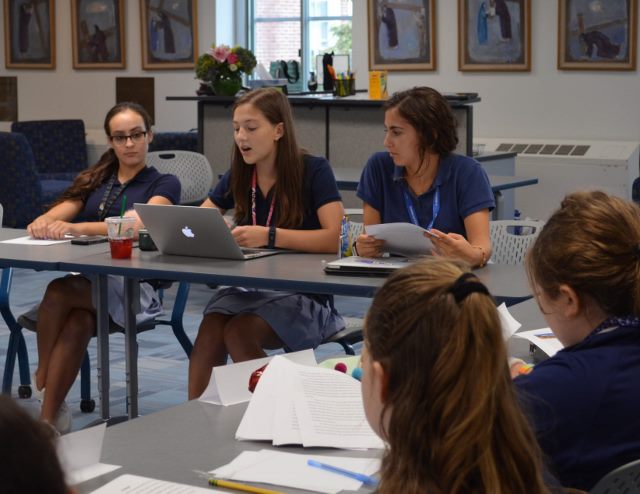 We invite you to learn more about the November conference on the TUSMUNC website that was created by our students: https://www.tusmunc.org