Home >
Admissions > Spotlight
<Back to News
Coding is Integrated across Curriculum

At Ursuline, students get exposure to basic computer programming even if they are not in a Robotics course or a Computer Science class.

Some of the 7th graders explored math concepts of speed, time, and angle of rotation when they programmed spherical robots on November 14, 2018.Â  The movements of the robots were controlled via smartphone using the app spheros.edu.

Squares and rectangles were taped onto the floor of the library.Â  Ms. Civitano explained the exercise. In teams of two or three, the girls downloaded the app and chose parameters by dragging and dropping blocks which represent lines of code. 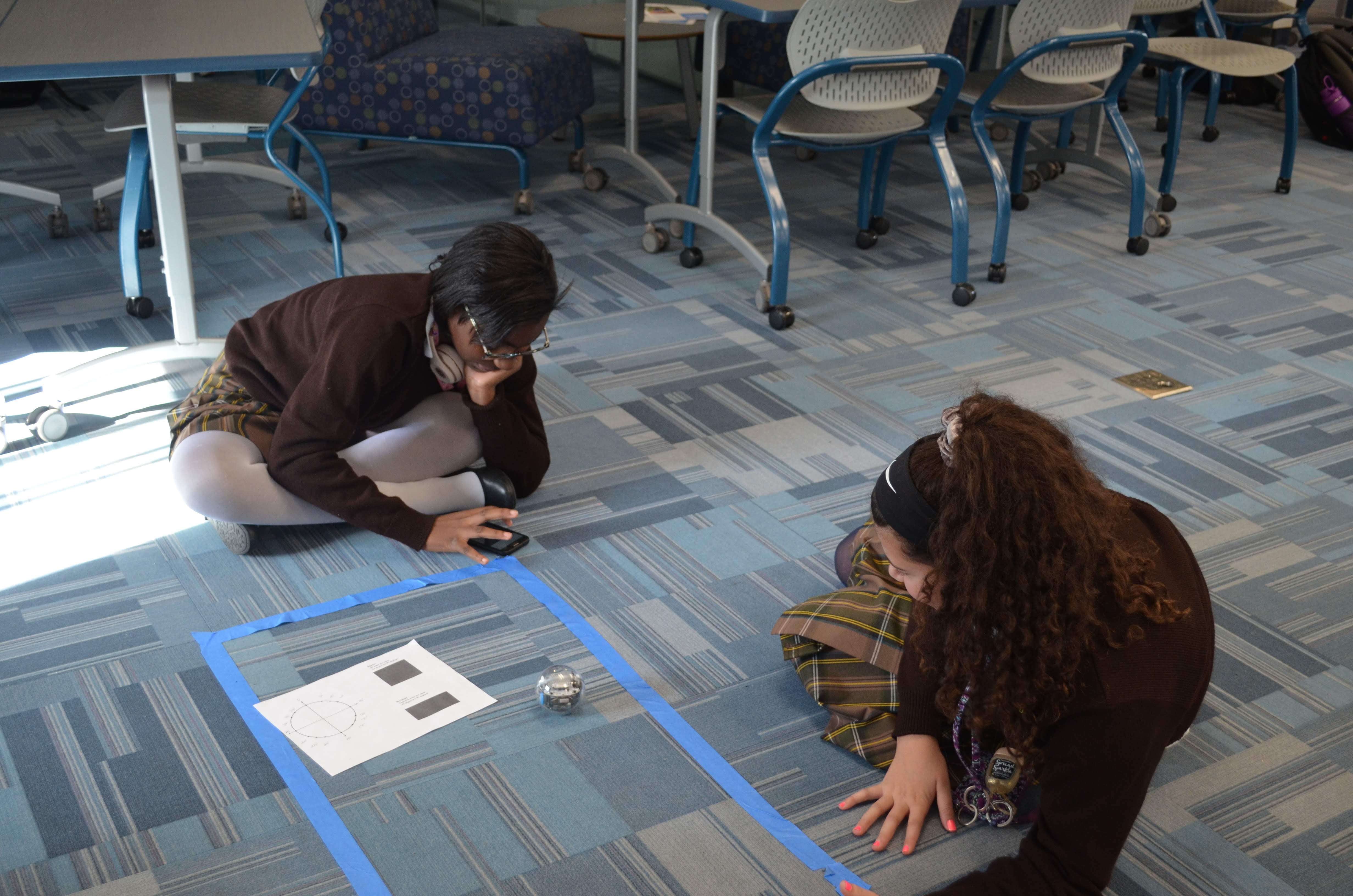 There was plenty of time for trial and error as the young mathematicians methodically programmed one line after another of their intended shape. They were overheard to say:

"I think the angle of this is good, and we can make it go faster."

"Do you think we can do another one?"

Math teacher Ms. Francine Civitano learned about Spheros at the ISTE conference inÂ JuneÂ 2018.Â  ISTE is the International Society for Technology in Education. ItsÂ annual conferenceÂ is the premier gathering of educators in technology.Â  Ursuline sends faculty to this conference each year, as part of our ongoing commitment to professional development and to technology as a critical element in the learning process. 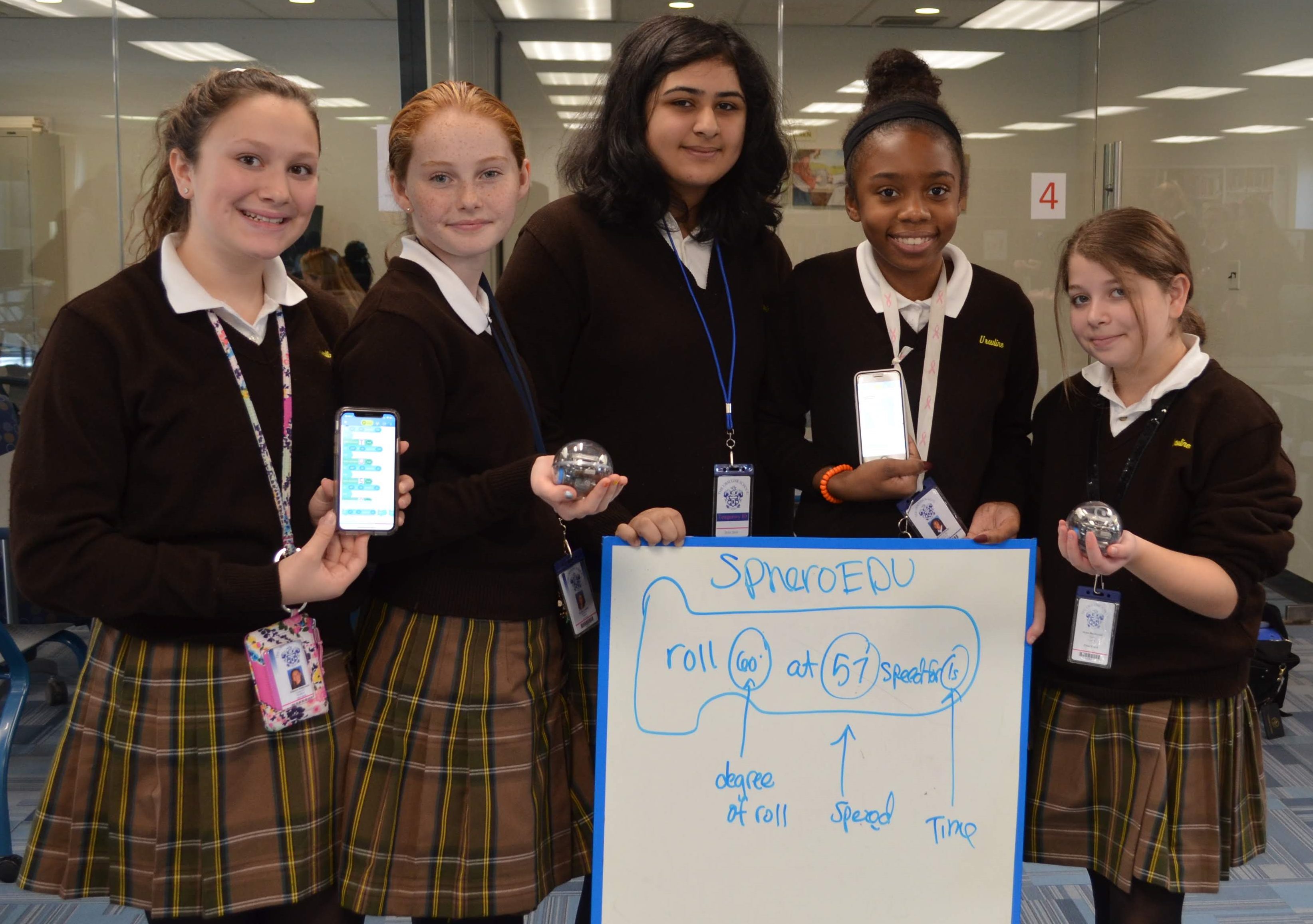