Algebra covers much more than polynomial, exponential, rational and logarithmic functions. Students not only learn to solve equations and inequalities, they learn how to problem solve. And thoughtful use of technology can assist in this endeavor. 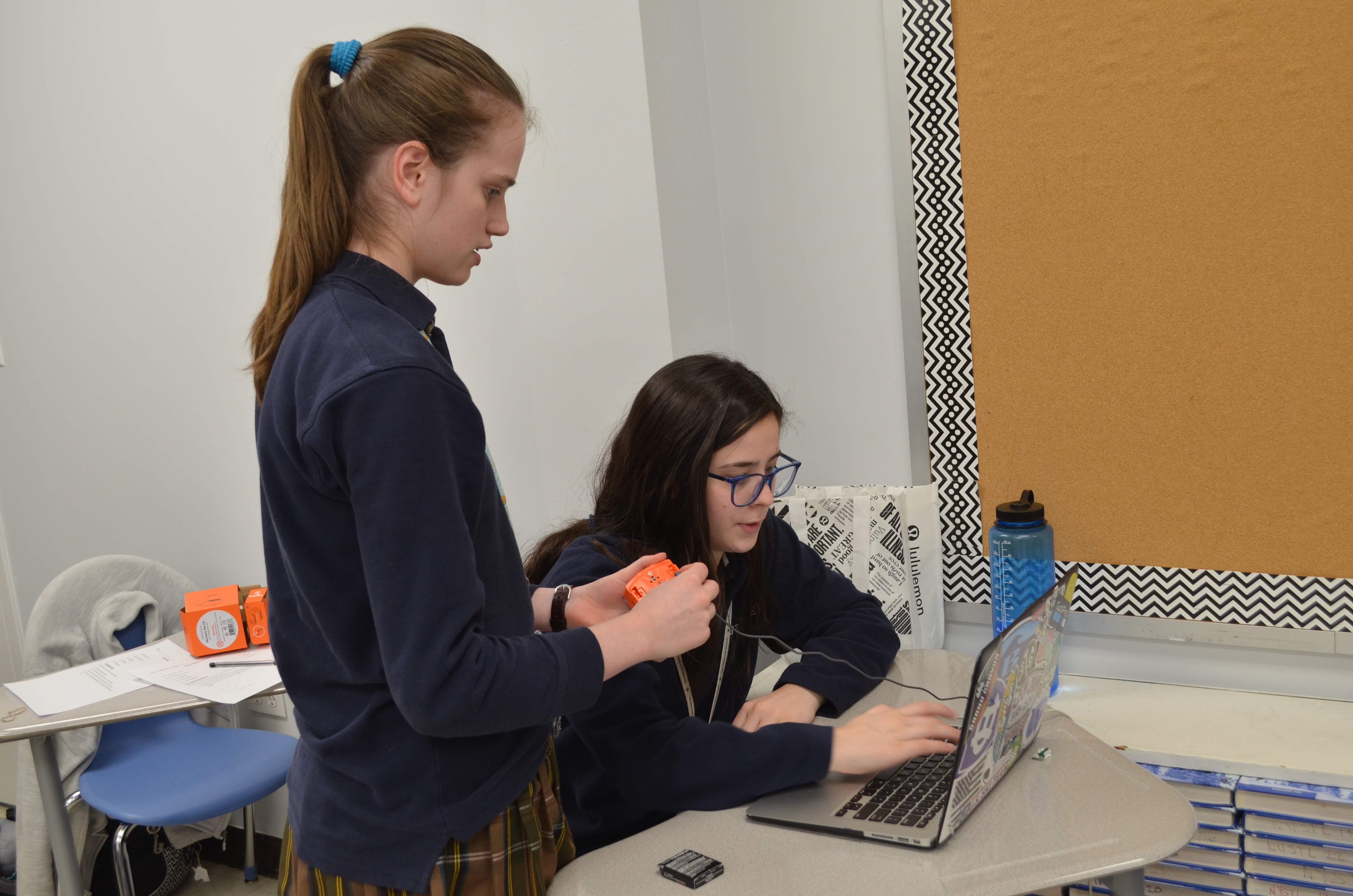 With this in mind, Ms. Enright introduced her Algebra 2 Honors students to Edison app-enabled robots. The robots were programmed by students using block-based coding developed by the MIT Media Lab from the Blockly code base developed by Google.

Block-based coding involves selecting "blocks" of instructions and dragging them into the work space in the correct order. It requires careful attention to detail.  It builds a programming mindset, doing things step-by-step.

Students were asked to program their robots to move around the perimeter of a square. That meant breaking down the task into discrete actions, estimating distance and time, and patiently enduring significant trial and error. If a 45 degree turn takes 5 seconds, how long does a 90 degree turn take?  Surprisingly, the answer is not 10 seconds! 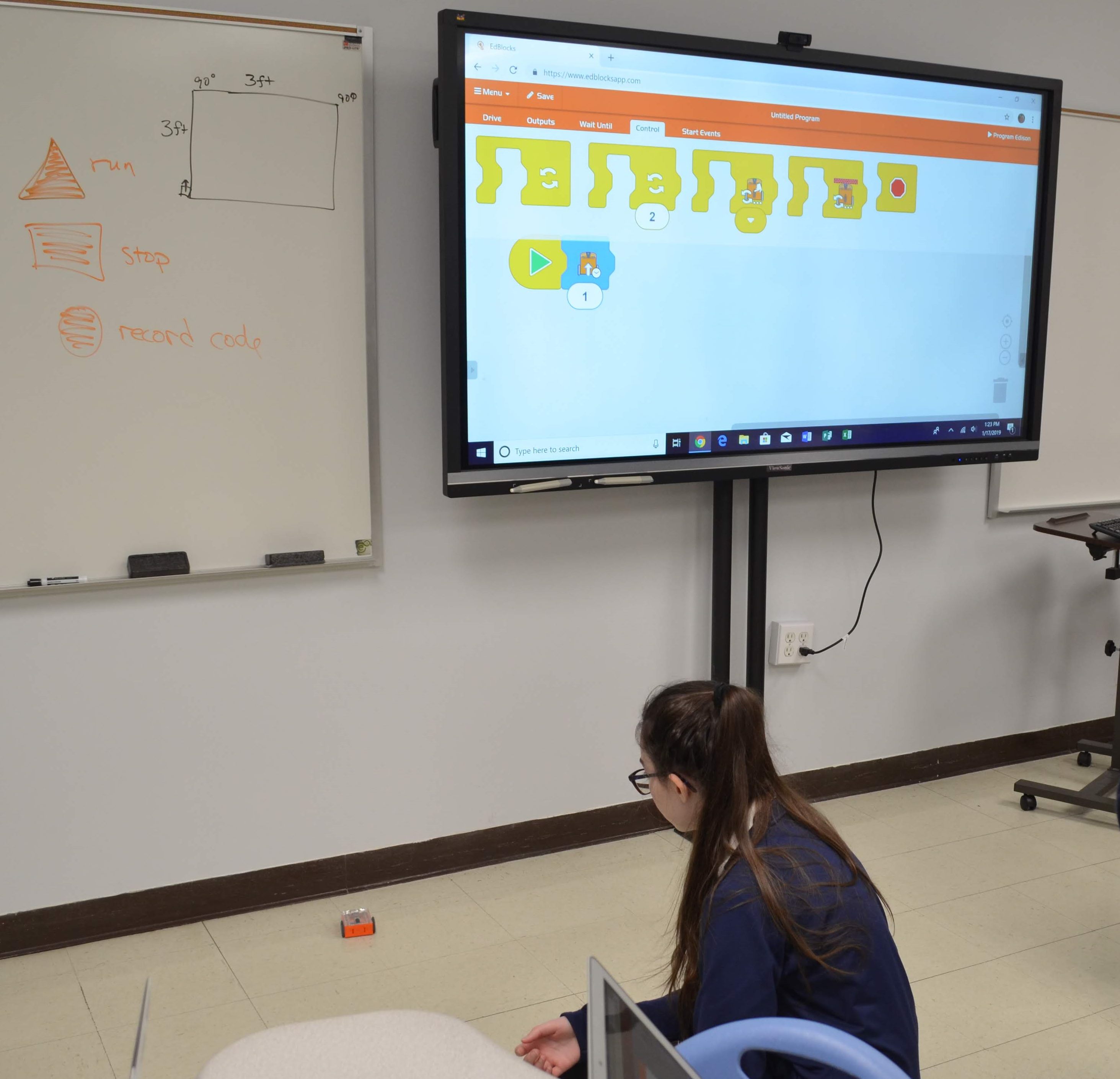 The 10th graders experimented with various settings and built their program incrementally, adding one successful straight line or turn at a time.  After moving their robot in a square, they then intentionally ran their robot into the wall, turned it around, and moved it in the opposite direction.

They added hand claps and music as sound sensors. Finally, teams of students sent messages to their partners so that one robot would take over the movement of another.

Through this exciting assignment, the students also gained exposure to basic programming concepts of control structures, loops, and repetitions outside a Robotics or Computer Science class.